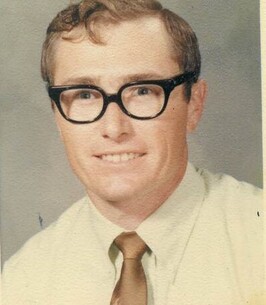 Died on Feb. 22 at home in Brevard where he has been retired for several years.
Lee grew up in rural Arkansas and helped on the cotton farm since he was a boy. He holds dual degrees from Mississippi State University (BS in industrial engineering) and Arkansas State University (BS in computer science).
His early career was as a teacher of high school mathematics in Arkansas and Missouri. While attending a National Science Foundation Scholarship program, he met Virginia, his wife of 52 years, also a teacher, and they were engaged before the summer ended.
A second career path made use of his computer science training as first a
systems analyst at Dupont and later as a project systems manager, relocating to Wilmington, Delaware where the couple lived for 26 years.
Lee always claimed that retirement was his favorite career. With a natural curiosity and a love of learning and working with his hands, Lee built three wooden boats, mastered the wood lathe, designed and crafted hand tools, taught himself musical theory and played and built three musical instruments.
He is survived by his wife Virginia, sister Anne McHaffey of Jonesboro, Arkansas, nephew Kevin McHaffey (Shana) of Oklahoma City, Ok. and great niece Hunter McHaffey of Dallas, Texas.
Lee was a gentle soul and wonderful husband, brother, and friend. Gifts in Lee's memory can be made to Sharing House, Bread of Life, or the Boys and Girls Club.