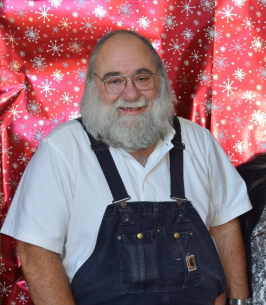 James Danny Burgess (68) also known as “Buck” passed away unexpectedly yet peacefully on July 6, 2022, at Transylvania Regional Hospital. At the end, he was surrounded by his family and everyone he loved.

Danny was the son of Newland Lee Burgess and Hazel Burgess and was the first of four children: Deborah Blythe (husband Randall), Sandra Jones (husband Duane), and Janet Garren (husband Mark) all of Brevard, being the only son. For the last 42 years he has been the loving and devoted husband to Carol (Karen) Burgess. Together they have raised three children, James Danny Burgess, Jr (45, of Forest City, married to Deanna), Shirley Marie Stepp (46, of Brevard, married to Jimmy) and Wendy Diane Parris (40, of Penrose, married to Landon). They also raised two of their ten grandchildren Kaitlyen Burgess, and James Burgess. They were blessed with several grandchildren who loved them dearly: JD Stepp, Julianna Freck, Annalee and Charles Burgess, Halie, Jacob, Gracie and Natalie Parris and Delilah and Dean Stepp. These grandchildren thought their “papaw” walked on water and will always cherish the memories they have with him.

Buck was a tradesman and started plumbing with his father Newland in his late teens. This was the trade that he continued his entire life to support his family. He was a plumber by day and a father and husband by night. Buck continued plumbing up until his body would not allow him to do so anymore and retired from the trade. He made multiple connections in the community and help run a successful business with his family at B & B Plumbing.

To know him was to love him. He was the one who was always smiling, always willing to listen and down for a hug at any given moment. He was stern and he meant business, but he loved unconditionally. If you knew him, you knew how much he loved the snow and adored playing in it. The minute the news said flurries were coming, immediate happiness filled him. He was an amazing husband and father who loved his wife and children to the fullest. To say we will miss him is an understatement. His chuckle of a laugh, his big bright smile, and his snores will always be remembered and missed. He is now with his dad, his nephew, and his dog “Rocky”. WE love you, we miss you and we will NEVER forget you!

The funeral service will be held at 2 PM Monday, July 11, 2022, at the Full Gospel Church. The family will receive friends one hour prior to the service. Burial will be in Dunn’s Creek Cemetery.