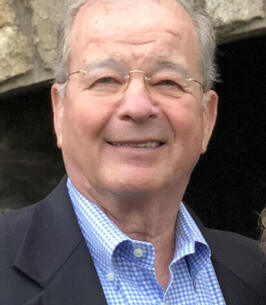 Cashiers - Robert “Bob” Eugene Goodman, 73, passed away on July 27, 2022. He died at home with his family by his side after a long and hard fought battle with cancer. He faced his illness as he faced life, with amazing courage and a positive outlook throughout his journey. His faith remained of the utmost importance to him and has provided his family with the comfort of knowing that he is at peace.

Bob was born on January 4, 1949 in Oil City, Pennsylvania to the late Willard John Goodman and Viola Shepard Goodman. Bob served in the United States Army and was stationed in Seoul, Korea. After his service he graduated from Ferris State University. Bob began his career in Macon, Georgia where he met his wife, Marsha. They moved to Richmond, Virginia where together they raised their three children and was also where Bob founded and served as President of Medical Practice Management until his retirement in 2018.

Bob enjoyed golf, fly fishing, travel and was an avid competitive shooter where he won many awards and served as Treasurer for the Amateur Trapshooting Association. His greatest enjoyment was time spent with his family and his precious three grandsons while also anticipating the arrival of his first granddaughter. Bob was a friend to all. He always had a smile on his face and greeted everyone with an open heart. Never one to miss an opportunity to laugh, his sense of humor remained strong until the very end.

He is preceded in death in addition to his parents, his sister Dorothy Goodman Mong and his niece, Peggy Anne Dawley.
He is survived by his wife Marsha Jordan Goodman; his son Brian Robert Goodman of Kernersville, North Carolina; son Matthew Blake Goodman, wife Tessa, and sons Whitfield and Weston of Tampa, Florida; daughter Melissa Goodman Eckman, husband Andrew and son Henry of Savannah, Georgia; and his sister Helen Ziegler.

A service of remembrance will be held on Tuesday, August 2, 2022 at 2:00 PM at the Church of The Good Shepherd in Cashiers, North Carolina. A reception will follow at the Wade Hampton Golf Club where family and friends are invited to gather to celebrate Bob’s life.
In lieu of flowers, the family requests that contributions be made to the Winship Lung Cancer Program Fund/Winship Cancer Institute of Emory University or to Four Seasons Hospice in Hendersonville, North Carolina.